Why 3D Product Animation, When I Already Have 2D Animations and Images?

What is the 3D Product Animation Video Development Process? 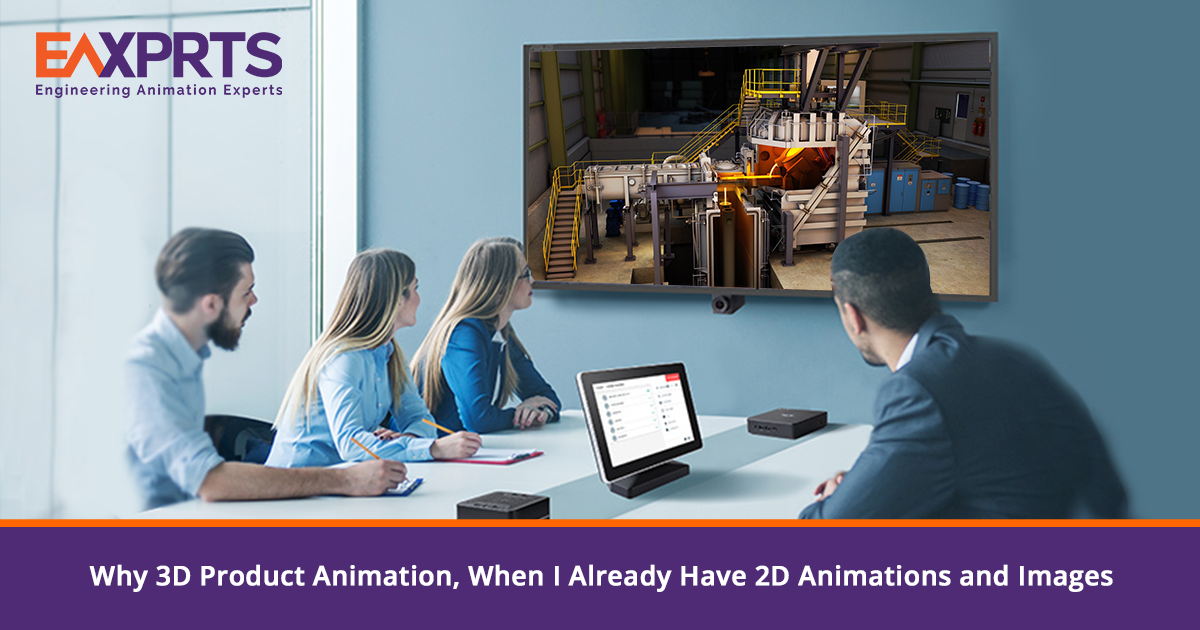 Animation is the art of creating an illusion of movement by showing a series of still pictures in rapid succession. There are basically five types of animations – Traditional animation, 2D Vector-based animation, 3D computer animation, Stop motion and Motion graphics. Of these five, the traditional animation comprises handmade drawings. All old cartoon films are examples of traditional animation, which later made way to 2D vector based animation on computers. The Stop motion animation is the forerunner of 3D animation on computers, best example of which is the Pixar movies. Motion graphics, on the other hand, is about moving text and logos in similar fashion. All these five types of animations have some advantages over other, which finally is what decides the final choice in making an animation film or video.

In 2D animation, an endless series pictures or images are made in two-dimensional space, each one different than the other to show the movement, and these are filmed at a rate of 24 frames per second to convey the illusion of movement. This means for a 1 second film, ideally 24 pictures are needed, though depending on effects, lesser number, say 12, are enough. Traditionally, these images were drawn by hand, but with the evolution of PCs, today the images are all drawn digitally on the screen and various types of software are available for the same.

In 3D animation, the images are in 3D, which means instead of pictures, objects or models are used. This adds depth to the scene, which looks much more realistic when compared to 2D animation. These three dimensional models are digitally created on the screen and can be manipulated for moved on all three axes for lifelike movements. There are several types of software available for 3D animation.

Typically, the process of animation, whether 2D or 3D, is divided in three parts – the first is developing the concept, script or story and the characters. Next it is making the drawings or models according to the storyline and putting them together in a sequence. The third and final step is post production – editing, sound and special effects for the final result. As already, mentioned, there are many types of software available for both 2D and 3D animations, and these range from simple plain vanilla software to high end versions with frills, which can provide outstanding results.

So what is the difference between 2D and 3D product animation when both are basically about illusion of movement created digitally? There are three major points of difference.

The main difference is of course the depth or the illusion of it. 2D product animation, as the name suggests, is made of drawings on a flat surface with only two axes – x and y – and to the viewer, the scenes appear flat. In 3D animation, instead of drawings, models are used which have the third dimension or the z-axis, which facilitates views from several angles which give the depth to the scene.

Another important difference is the use of digital technologies in making these animations. The techniques used for these two types of animation are different, as is the software. In 2D animation, one comes across terms like rotoscopy, anime, onion skimming, twining and morphing; whereas techniques used for 3D animation are appearance sketching, arena building, appearance modeling, abating, camera setup, texturing and rendering.

Finally, the third significant point of difference is the time and investments needed. In general, 3D animations require more time to create them as well as money for a similar length feature or video. But this is just a general observation; in reality, whether 2D or 3D, the time and costs also depend on the brief of the assignment, the number of characters involved, the type of special effects, sound and music, etc.

After reading through this information about 2D and 3D animation and understanding the basics as well as the differences, one may wonder why go for 3D product animations of there already exist 2D animation or drawings of the same?

Here it could help to understand and appreciate the advantages of 3D animations. These include:

Now for companies in the engineering domain, these advantages are good enough to tilt the scales in favors of 3D product animations, but there are more. For example, showing the internal workings of the machines, as well as the process of assembly and dismantling, repairing and maintenance, 3D animations are far more effective that 2D drawings or animations. These 3D animations are effective substitutes for the real physical products for explanation purpose, somethings that brochures or 2D animations and graphic presentations can never achieve. Similarly for marketing videos and sales promotion, or for promotions at events and exhibitions, 3D product animations offer a far superior experience besides drawing more attention.

Finally, in an era where digital technologies are having greater appeal, 3D animations is certainly the choice of the tech savvy generation. Talk to us today! Reach us on [email protected]